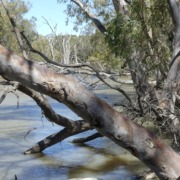 Member for Shepparton Suzanna Sheed has called on the Murray-Darling Basin Ministerial Council (MINco) to meet following the induction of new federal and state water ministers.

MINco, where the federal and state water ministers meet to discuss the vital issues regarding the Murray-Darling Basin usually meets twice a year but has not met since April 2021.

“The November 2021 meeting was cancelled and there has been no MINCo meeting this year despite four new water ministers on the panel of six,” Ms Sheed said.

All but two of the six MINco members are new due to the results of recent elections and cabinet reshuffles, and a formal MINco meeting has yet to be held.

“The new Federal Water Minister Tanya Plibersek has visited parts of the Murray Darling Basin and has declared it would be challenging to meet the water recovery targets in the current timeframes,” Ms Sheed said.

“Greens Senator Sarah Hanson-Young mentions “willing sellers” and we saw how that had a negative impact on our entire dairy industry during the last round of buybacks.

“Having willing buyers and willing sellers does not eliminate a negative socio-economic impact on our region.

“In 2018 the Federal Water Minister and all basin states’ water ministers agreed upon a socio-economic test to ensure that there would be no negative impacts on river communities to obtain the 450 gigalitres for the environment.

“I am concerned that the lack of MINco meetings indicates waning enthusiasm to work on the major water recover issues that need to be resolved before the audit in 20224..

“Our major concern in the Goulburn Valley is that the Southern Basin will not have met its water recovery target by 2024.

“We do not want any further water taken from the consumptive pool if this issue is not resolved when a full assessment of water recover is undertaken in 2024.

“In the Goulburn-Murray irrigation district, we have given up so much water already, and this has had a disastrous impact on our dairy industry.

“We need our federal and state water ministers to meet before time runs out for the Basin Plan.

“We need them to sit down together and discuss the introduction of a more flexible rollout of the projects, giving the plan a better chance of ultimate success.”