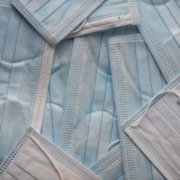 Independent Member for Shepparton District Suzanna Sheed has called on the Victorian Minister for Health Martin Foley, as well as every other state and territory minister, to support Shepparton’s medical supplies manufacturer Med-Con.

During parliament this week, Minister Foley said following Ms Sheed’s plea, he asked the state health department and health agencies (including those engaged with the Federal Government) to support purchasing personal protective equipment from Med-Con.

Ms Sheed said she was buoyed by Minister Foley’s efforts and hoped Med-Con would receive the support it deserved from the Victorian Government.

“When we were in urgent need of medical masks for our community and medical staff, we relied heavily on Med-Con for our supplies.

“The Federal Government quickly sent in army support so that Med-Con could scale up and produce huge quantities of their high-quality masks for local supply.

“It was evidence of how important Australian manufacturing is to our sovereignty. When it comes to time of crisis, every country looks after itself and we were grateful that this local company was able to protect us during the start of the pandemic.

“This gratitude was soon forgotten by federal, state and territory governments when a supply of cheaper imported stock became available.”