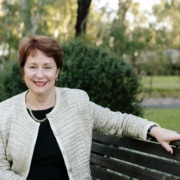 Adjournment: My adjournment is for the Minister for Health, and the action I seek is that he ensure there is funding for a new mental health unit for Goulburn Valley Health in the forthcoming Victorian state budget. We have a youth mental health crisis in our region, and indeed figures show that the impact of the pandemic has significantly increased the level of distress in mental health for youth across the state.

I was recently contacted by a constituent, a 20-year-old woman, who sought my assistance to advocate on behalf of young people in our community who suffer from mental health issues and have been unable to get the supports that they need. As I spoke with this young woman it became apparent to me that she was well aware of the impact of mental health issues among the people she knew. She said these young people were very clear in their message that there were simply not sufficient services available to provide them with the treatment they needed, when and where they required it.

She pointed out that while Shepparton has organisations like Headspace, Primary Care Connect, Wellways and many of the online services across rural areas, the waiting time for some of these is up to six months. The mental health unit at Goulburn Valley Health is a 20-bed acute psychiatric inpatient unit for people 16 years and over, according to its website. That is 20 beds for a hospital that serves the municipalities of Mitchell, Murrindindi, Strathbogie, Greater Shepparton and Moira, and it is only for adults. Young people under that age have to go to Melbourne. A significant investment in a new mental health unit at Goulburn Valley Health has been identified as a high priority for stage 2 of the redevelopment of our regional health service. My plea to the government is to invest in this as a matter of urgency.

We have seen the recommendations of the Royal Commission into Victoria’s Mental Health System, and we have heard multiple times from people living in regional areas that they have been unable to access the mental health support they need when they need it. When the royal commission report was handed down at the exhibition building, we heard from two people about their experiences. They were both regional people, and they had both been turned away from a regional health service when they needed help. They were sent out to the car park.

When my young constituent advocate reached out to me, she told me that she had reached out more broadly on social media and asked many young people what their experiences with mental health in the Shepparton area were, and it really portrayed a tragic picture of the situation. So many talked about the wait times to see a psychiatrist or a psychologist, the difficulty in getting a mental health plan and the lack of emergency services. In our region we have many dedicated health professionals, who operate both in the public and the private system, but they simply cannot meet the demand that we have. While infrastructure may not solve the problem alone, it does go a significant way to relieving the stress and the demand that we are now seeing in young people’s lives.