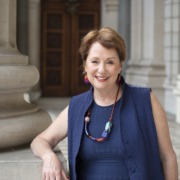 Independent Member for Shepparton District Suzanna Sheed spoke in parliament in support of the introduction of the Treaty Authority, which aims to help advance the Treaty process.

The Treaty Authority aims to act as an independent umpire for treaty negotiations.

“It has been a very long, hard journey for the Aboriginal people of Australia to achieve recognition, land rights, native title and now a process towards treaty making,” Ms Sheed said.

“This journey has been hard fought and filled with disappointment along the way, but communities here in Victoria have never given up hope, and they have continued to work hard to get to this point today where we are debating a very important bill that is part of that process.

“I think it is so important that we are here today talking about treaty, about walking side by side with Aboriginal people of our community, because it is really saying we acknowledge that this journey has been so hard and so painful, and that so many people have been lost in so many ways along the way.”

Ms Sheed encouraged the members of parliament and Treaty Authority members who were present in the chamber, to continue their work towards Treaty.

“Let us hope that agreements can be reached,” Ms Sheed said.

“Let us hope that on a national level there will be the leadership that is required to make the acknowledgements, to look at the Uluru Statement from the Heart, to listen to Aboriginal people’s voices and to let the, have a significant say in the running of the whole country but particularly in relation to their own self-determination.”