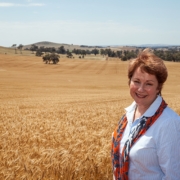 In parliament last week, Independent Member for Shepparton District Suzanna Sheed called for an amendment to the Windfall Gains Tax and State Taxation and Other Acts Further Amendment Bill 2021, to exclude regional Victoria from the operation of the windfall tax.

Ms Sheed’s proposed amendment was supported by members of the cross bench and opposition Liberal and National party members and voted against by 51 government members. The bill was ultimately passed by the majority, without the amendment.

Ms Sheed said that while the bill aimed to introduce a number of taxation amendments, including the introduction of a land tax concession, an exemption from the absentee owner land tax surcharge for land used for certain long-term rental housing developments and exemptions from land tax for non-racing clubs and various other legislative amendments, she was opposed to the introduction of the windfall tax in regional Victoria.

“I understand that the windfall tax is suitable for developers who receive multi-billion-dollar windfalls overnight, like those at Fisherman’s Bend in 2012, but it should not be imposed on our regional landowners,” Ms Sheed said.

“The Property Council of Australia claimed that it would increase housing prices with the most pronounced increases in regional Victoria and the Urban Development Institute Australia said the tax would impact housing supply.

Ms Sheed said that with pressure already being felt as a result of the shortage of land available for development in many regional areas including Shepparton, a tax like this would have a negative impact on regional growth opportunities.

“It will only lead to further hardship for our regional communities, and especially our farmers, if their properties are rezoned,” Ms Sheed said.

“Prices of property in regional Victoria rose 10.8 per cent in the last quarter and property in Shepparton is being bought quickly, with homes only on the market for 23 days before being sold.

“While rental rates in Melbourne dropped by 3 per cent in the June 2021 quarter, regional Victoria faced a 9.3 per cent increase.”