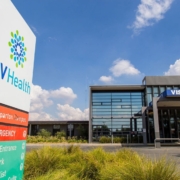 Independent Member for Shepparton District Suzanna Sheed has called on the state government to ensure that Shepparton gets a mental health and alcohol and other drug hub needed to save lives by successfully treating public drunkenness as a health issue.

The Summary Offences Amendment (Decriminalisation of Public Drunkenness) Bill 2020 – currently going through Parliament – will decriminalise public drunkenness and allow for a health-based response.

It is designed to save lives and better protect vulnerable people.

The Victorian Equal Opportunity and Human Rights Commission said the offence has already been abolished in most Australian states because of its discriminatory impact on Aboriginal and Torres Strait Islander people.

Abolishing the offence of public drunkenness was a key recommendation of the 1991 Royal Commission into Aboriginal Deaths in Custody, and the 2019 inquest into the tragic death of Yorta Yorta woman Tanya Day.

Ms Sheed, who supports the Bill, has told Parliament she is concerned that there is no sign of a mental health and alcohol and other drug hub being planned for Shepparton.

Seeing The Clear Light of Day: The Expert Reference Group on Decriminalising Public Drunkenness report found that Shepparton (along with Mildura, Greater Bendigo, Latrobe and Ballarat) had a “disproportionately high” rate of public drunkenness.

Ms Sheed said: “Shepparton and other regional communities can’t afford to wait years for the services and support that are urgently needed now. Lives are at risk.”

“The bill will come into effect in 2022, and it is a crucial two-year period that we have (that the government has) to invest in and make sure that the processes are in place.

“I would say that in relation to the alcohol and other drug hubs that are proposed by the government, at this stage I see no sign of them being in a regional area, and I really want to strongly draw attention to that, remembering that Shepparton has the highest Indigenous population outside of Melbourne.

“Now, that is a really important factor. I think given that everyone agrees that we are highlighting the disproportionate impact on Aboriginal people that this existing law has, we need to really target and provide the wraparound services that will assist people in dealing with this problem as we go forward.

“I implore the government to ensure that these regional areas, particularly an area like Shepparton-Mooroopna, get the attention that they need.”