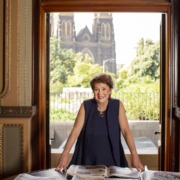 In what was a very rare use of parliamentary procedure, the Independent Member for Mildura Ali Cupper used her question to ask why there was a need to debate Ms Sheed’s notice of motion, which seeks to make provision for a non-government business program.

Ms Sheed has been raising the need for the independents and opposition members to be allowed to have their own business program for several years. Victoria is the only parliament in Australia where there is no non-government business program in the lower house.

Speaking after question time, Ms Sheed spoke about how important it was for independent members to work together to achieve democracy in the Victorian Government.

“Independents are on the march,” Ms Sheed said.

“Just look at the outcomes of the federal election – people are realising that independents are working with and for the community and can make serious changes in parliament.

“I will not be silent about the reintroduction of non-government business in the Victorian Parliament.\

“The Victorian Labor Party should pay attention to this request for basic democracy because they may see more independents on the crossbench following the November election, who will unite to have their voices heard.

“We all need the opportunity to bring on motions and private members bills, and debate them in detail rather than be afforded such limited opportunity to have our say.

“I hope the Victorian Government will hear our calls and introduce non-government before the 59th Parliament term ends.” 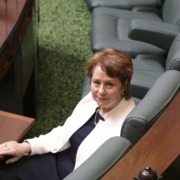