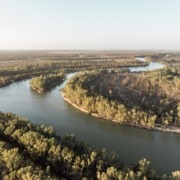 Ms Sheed: My question is for the Minister for Water. I understand that the federal government has cancelled the November meeting of water ministers. These crucial meetings are held twice a year. There has been no fully convened meeting of water ministers since 27 November last year. The audit of water recovery under the Murray-Darling Basin plan will occur in 2024, and it is clear to the states that the water recovery projects will not be completed and that there will be a shortfall in recovery targets. The recovery of the additional 450 gigalitres also remains on the table. To our northern Victorian irrigators it appears that governments are ignoring the reality of the fast-approaching deadline. The federal government has failed to legislate, and our irrigation communities are worried, knowing that their high-security water is likely to be the target of further buybacks. My question for the minister is: what steps is the Victorian government taking to ensure that these important issues are properly prosecuted?

Ms NEVILLE (Bellarine—Minister for Water, Minister for Police) (14:26): I thank the member for Shepparton for not only the question but also her strong advocacy on these really important issues that affect her communities. Unfortunately the member for Shepparton is correct that the diary entry that was in for last Friday in my diary for the November ministerial council (MinCo) suddenly disappeared. I wrote to the National Party minister, Keith Pitt, on 10 October to seek a guarantee that that meeting would occur because we have some significant issues that we must resolve. I have been water minister for seven years, and it is the first time ever we have not had at least one—normally two—functioning, full ministerial council meetings. It is a disgrace. I mean, I think we saw a stunt by the National Party in the Senate a couple of months ago, trying to claim that they stand up for northern basin communities. It was a big failure; it was a big joke in the Senate. What would actually be standing up for those communities is to bring this MinCo together. We have some big issues to resolve, and I know the member for Shepparton is very well aware of these issues. The ability of the basin states to deliver on the water offset projects by 2024 is in doubt, and I have raised this a number of times at those MinCos. We cannot deliver them. The Productivity Commission has said that. What we can do is get an agreement from the commonwealth to amend the legislation—otherwise communities face buybacks, and we cannot afford that in terms of our communities.

We need to resolve the issue of deliverability downstream of the Barmah Choke. We know with climate change and with the incredible growth in horticulture along that area we have got deliverability issues. We have got a new inspector–general; we cannot get together to do an MOU on how that is actually going to work across the basin states. We need oversight of farm efficiency programs, on farm efficiency projects that are meeting our socio–economic criteria that ministers have set. That they are not meeting them is our concern. We have got an ACCC review into water transparency, and there needs to be legislative change at a commonwealth level, but all states need to come together to agree on it. They are very good changes. We have got the Productivity Commission on foreign ownership of water—again, a really critical issue for communities in our basin states. We have low levels, but in other states it is difficult.

I am going to continue—as the member for Shepparton is, as the Victorian Farmers Federation is—to speak loudly and to call for this meeting as quickly as possible. They are floating January, but I am not sure if I believe them or not.

Ms SHEED (Shepparton) (14:29): Minister, you have almost answered my question, but I am just wondering: do you have any confidence at all that there will be a meeting before the looming federal election?

Ms NEVILLE (Bellarine—Minister for Water, Minister for Police) (14:30): Speaker, unfortunately it took the media that both I and a number of stakeholders, including you, did to get some interest from the National Party to have a meeting. They suggested January—they are floating that—but unfortunately I do remain sceptical. I think the stunt in the Senate shows you that. I think the conversation constantly about the South Australian election and the federal election says to me that their interest is much more about the elections than it is about standing up for our basin communities in the north. The only ones that are standing up for the farming communities in the north here are our Independents—the member for Shepparton and the member for Mildura—and of course all of us on his side, who know that the more important issues are about standing up and resolving the issues for northern basin farming communities, and to continue to support them we need that meeting.