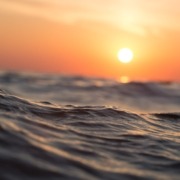 Independent Member for Shepparton District Suzanna Sheed is set to meet with the Acting Water Minister the Honourable Richard Wynne to urge urgent action to avoid a major fish-kill in Greens Lake.

A meeting has been scheduled for next week and Ms Sheed will share the concerns of local fishing groups and the need for more water to be allocated to the lake with the acting minister.

“Local fishing groups are contacting me regularly updating me on the state of the lake and their genuine fears of a major fish kill if water is not allocated to the lake quickly,” Ms Sheed said.

“Fishing groups have been told that the Arthur Rylah Institute has been commissioned to investigate the fish numbers and that it is working on the lake this week to determine the water quality, depth and temperature of the lake”, she said.

“It is disappointing that this important recreational facility was not given a water allocation of its own when it was clear that decommissioning Greens Lake as a water storage area would have such a significant impact,” Ms Sheed said.

“Lake Cooper has closed, Waranga Basin does not have free camping facilities and the fact that the facilities at Greens Lake were recently upgraded, together with restocking of fish in recent years, are all strong arguments for Greens Lake be retained as an important recreational, camping and fishing asset for our local community,” she said.

There are important environmental considerations given Greens Lake is a popular sanctuary for waterbirds including pelicans, brolgas, swans and many other bird species.

“The importance of the lake’s recreational values for the local community and visitors deserves recognition,” Ms Sheed said.

“I hope that the Minister will give the issue a full and fair hearing and act immediately after our meeting next week,” Ms Sheed said.