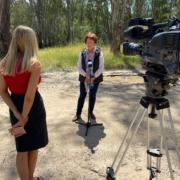 Independent Member for Shepparton District Suzanna Sheed has called on the Victorian State Government to honour its agreement with Shepparton CFA volunteers to build a fourvehicle-wide shed for the CFA at Shepparton’s new fire station.

The $12.66 million fire station – funded by the Victorian Government – is reportedly due to be completed in December with firefighters expected to move in by the end of February.

Shepparton is among the regions where CFA and Fire Services Victoria are co-located.

The old station, on Maude Street, has been deemed outdated and undersized for the number of career firefighters and volunteers in Shepparton.

Ms Sheed said community members were deeply concerned that the promised four-berth shed for CFA vehicles – which is necessary to protect equipment and ensure rapid response times in emergencies – would not materialise.

“The Shepparton region sees more than 1200 fire emergencies every year. It would be disgraceful – as well as possibly putting lives at risk – if our volunteer firefighters don’t get what is needed and what has been promised,” she said. “The matter is particularly urgent, given the increased intensity of bushfire seasons and the ever-increasing need to reduce fuel loads,” Ms Sheed said.

“Several people have contacted me concerned that the CFA volunteers will not get the promised four-berth shed at the new fire station.

“The fire station is nearing completion and there is no sign of the promised four-berth shed. Members of our community, who have shown a lot of good faith in coming together to give us a co-located fire service, tell me they are worried it will not happen,” Ms Sheed said.

“I ask that the goodwill of people who have come together in the Shepparton region to provide our fire services is honoured. This a very important issue affecting community safety and trust in the promises made by government,” Ms Sheed said.