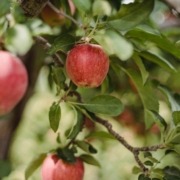 Independent Member for Shepparton District Suzanna Sheed has called on the federal government to cut red tape to help ensure workers who travel to the regions to pick fruit don’t lose out on entitlements or get ripped off.

A shortage of up to 26,000 seasonal workers and backpackers, due to COVID-related border closures, has seen fruit rot on the ground.

Governments, state and federal, have tried to help by putting in place schemes to help recruit Australian workers.

“But red tape, especially how the Federal Department of Education, Skills and Employment’s ‘Relocation Assistance To Take Up a Job’ (RATTUAJ) scheme operates, or fails to operate, is costing workers time and money they can’t afford,” Ms Sheed said.

Ms Sheed said she has been contacted by six university students from Melbourne who travelled to Shepparton for work before Christmas.

“They completed their work but were still waiting to be reimbursed for their accommodation under the RATTUAJ program.”

“They were able to find an Airbnb which the six of them shared to reduce their costs,” Ms Sheed wrote in a letter to David Littleproud MP, the Federal Minister for Agriculture, Drought, and Emergency Management.

“They were placed with a contractor through Madec and while they had a number of issues during this time in relation to their experience, the final and most disappointing part of it is that they have still not been reimbursed for their accommodation.”

“Three of them are awaiting payment of their last week of wages from the contractor.”

“The red tape they have encountered throughout this process has been too great. These young men are educated and aware of their rights and will pursue the situation as best they can, but they have expressed to me how incredibly difficult it must be for so many of the workers, many of whom have a poor understanding of the language and are easily taken advantage of.”

In her letter to the Federal Minister, Ms Sheed said Fruit Growers Victoria had provided suggested solutions, including:

In her letter to the Minister, Ms Sheed said:

“Clearly there is much to be done to make the current program work better if it is to attract people to the region to pick fruit. “

“Very few have taken up RATTUAJ and it is not hard to see why given the experience of these young men that I have referred to.”

“I fully support the changes proposed by Fruit Growers Victoria and hope that these suggestions will be taken on board as a matter of urgency.

Educational leadership office in Shepparton is a ‘no-brainer’