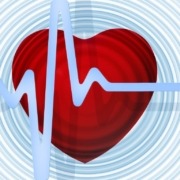 Independent Member for Shepparton District Suzanna Sheed has written to the Minister for Health seeking an urgent briefing following the release of Heart Foundation data that shows that the Shepparton region is Victoria’s worst for heart health and obesity.

“I have written to the Minister for Health urgently requesting a full briefing. I have also sought a coordinated public health response to this alarming information on the health outcomes in the Shepparton region.”

“The Heart Foundation’s work is just the latest to show the health divide between metropolitan Melbourne and regional Victoria, where health is determined by where you live and what services you have access to.”

“It is disgraceful in this day and age that where you live should determine your health outcomes,” Ms Sheed said. “Something needs to be done.”

The Heart Foundation report said the rate of hospitalisations for heart attack (17.4 per 10,000 people) and coronary heart disease (55.9 per 10,000 people) in the Shepparton region is around 70 per cent higher than the state’s lowest region – Melbourne’s inner east.

This puts the region’s figures – which cover Greater Shepparton, Moira and Campaspe shires – close to 30 per cent higher than the state’s average for both hospitalisation rates, the Heart Foundation said.

The Shepparton region also ranks as the state’s top hotspot for obesity rates (39.8 per cent) and high blood pressure (23.7 per cent). These are two leading risk factors for heart disease, which is  Victoria’s single leading cause of death, the Heart Foundation said.

The Heart Foundation findings are similar to those of work conducted previously, such as a longitudinal study of health in the Goulburn Valley conducted by Dr David Simmons and the Department of Rural Health at Melbourne University, Shepparton.

“The situation is critical. People’s health and lives are at risk and the right action needs to begin happening now.

“The Shepparton community has proved beyond doubt that we can get things done when we have the support that is needed. We need the state government to step up with the resources that Shepparton and all of rural and regional Victoria needs to combat heart disease and obesity.”

Abject Failure of Leadership at Minco