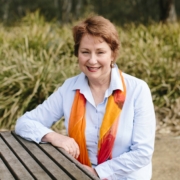 Independent Member for the Shepparton District Suzanna Sheed has sounded a warning over numerous reports of Melbourne-based travellers breaching the lock-down rules and reportedly entering the Shepparton district.

“Every day my office fields calls from constituents complaining they have seen evidence of people from Melbourne coming into our region against the lock-down restrictions,” Ms Sheed said.

“We have reports of unnecessary shopping trips and real estate agents worried about requests for property inspections. Shop workers are reporting being given metropolitan post codes. I am very worried by the volume of these reports.”

Critically, Ms Sheed is concerned over the impact these alleged breaches may have on the local aged-care industry.

“We are a very close community and so far, we have been doing well to keep our frail and elderly safe from the virus. Our infection rate is one of the lowest in the state,” Ms Sheed said.

“The idea that COVID-19 could enter our aged-care sector is terrifying, and it would be a shocking thing if that infection is brought in by people from Melbourne breaking the law.”

Ms Sheed has contacted Minister for Police Lisa Neville to voice her concerns and request that it be ensured police in the Shepparton district are adequately resourced and enforcing lock-down rules on visitors from metropolitan regions.

“The Victorian Government has given police considerable powers to deal with those who, for whatever reason, are failing to do the right thing. These powers are meant to protect communities such as mine which have to-date avoided the worst of this pandemic. I have sought assurances from the Minister that the measures will be enforced,” Ms Sheed said.

Independent Member for the Shepparton District Suzanna Sheed said she is concerned by many of the findings of the recently released Procurement of Strategic Water Entitlements report.

“But this is an important document and points to numerous shortcomings in the water buyback process. I’m concerned the Auditor-General criticises the nature of these closed-tender deals and that commercial decisions were reportedly taking place in the Federal Water Minister’s office.

“It points to yet another area where transparency is lacking in the water market.”

The report listed further criticisms of buyback processes, according to Ms Sheed.

“Departmental staff were reportedly failing to apply proper policy. Since 2016 around 80 GL was taken out of the consumptive pool costing $190 million and these findings cast doubt over how that all took place. We have seen so much poor behaviour, particularly in the Northern Basin, and this report only confirms that even the government’s own department has fallen below the standards we could reasonably expect of it.

“We have yet another report pointing towards yet more problems with the Plan. What we don’t have are enough state and federal governments willing to acknowledge these collective problems and find the political courage to do something drastic about them.”