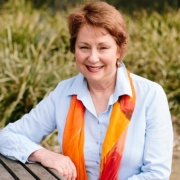 Independent Member for Shepparton District Suzanna Sheed has called on the state government to urgently release the business case for the proposed Shepparton bypass so progress can be made a major transport solution that is of vital importance to the economy and road safety.

In urging Minister for Transport Infrastructure, the Hon Jacinta Allan MP to release of the business case, Ms Sheed told parliament this week:

“The Shepparton bypass is an important safety and freight project for our region, allowing for a second river crossing of the Goulburn River north of Shepparton.

“It will be a critical part of the freight supply chain network locally and as part of the national highway system, removing much heavy traffic from the central business districts of Shepparton and Mooroopna.”

“In the 2017–18 Victorian state budget, $10.2 million was allocated to develop a business case and to do other preparatory works.”

“I was pleased, along with the community, with this investment towards what will address some of the safety concerns for both Mooroopna and Shepparton in particular, as there is a very high volume of traffic that passes down the main streets of both cities.”

Ms Sheed told Parliament progress on the Shepparton bypass is vital for local industries, jobs and the health and safety of residents of Shepparton and Mooroopna.

“Around 25 per cent of all trucks registered in Victoria are from the Goulburn Valley, and a quarter of the value of the state’s agriculture produce comes from the region.”

“Dairy is a key industry. Crops grown include apples, pears, peaches and tomatoes. Victoria is Australia’s largest pear producer, and almost all of them are grown in the Goulburn Valley. There is processing of that fruit there also, and we have a large factory, SPC, that everyone will know of.”

Ms Sheed said the need to address the issue of heavy traffic in populated areas has become urgent, but progress has been slow, despite a $208 million commitment by the Federal Government before the last federal election.

“On 13 November 2019, the minister acknowledged that while the business case was to be ready by the end of that year, it was apparent that a significant amount of additional work was required — such as environmental and cultural heritage issues.

“In 2020 she indicated that the business case would be ready by the end of that year. I believe it is now complete, that it has been done, and we need to see it.”

“Some federal funding has already been put on the table for this project — committed immediately prior to the last federal election, $208 million.”

“Back in November the minister indicated that she believed the cost of this project would be much greater and that federal funding indeed would have to be contributed to it at a much greater amount than that already on the table.”

With a federal election likely later this year it is important that we understand the business case and the associated costs particularly as the federal government will need to contribute 80% of the capital cost.

Ms Sheed said the Shepparton and Mooroopna communities had done everything asked of them and it is time for the state government to step up.

“My community has done everything asked of it to procure the funding for this bypass, including breaking down what is a very major project into much smaller, manageable parts.

“It is very important that we as a community understand what is involved in achieving the transport outcomes we need and what the cost will be. The business case will help to inform us, and I call on the minister to release it.”