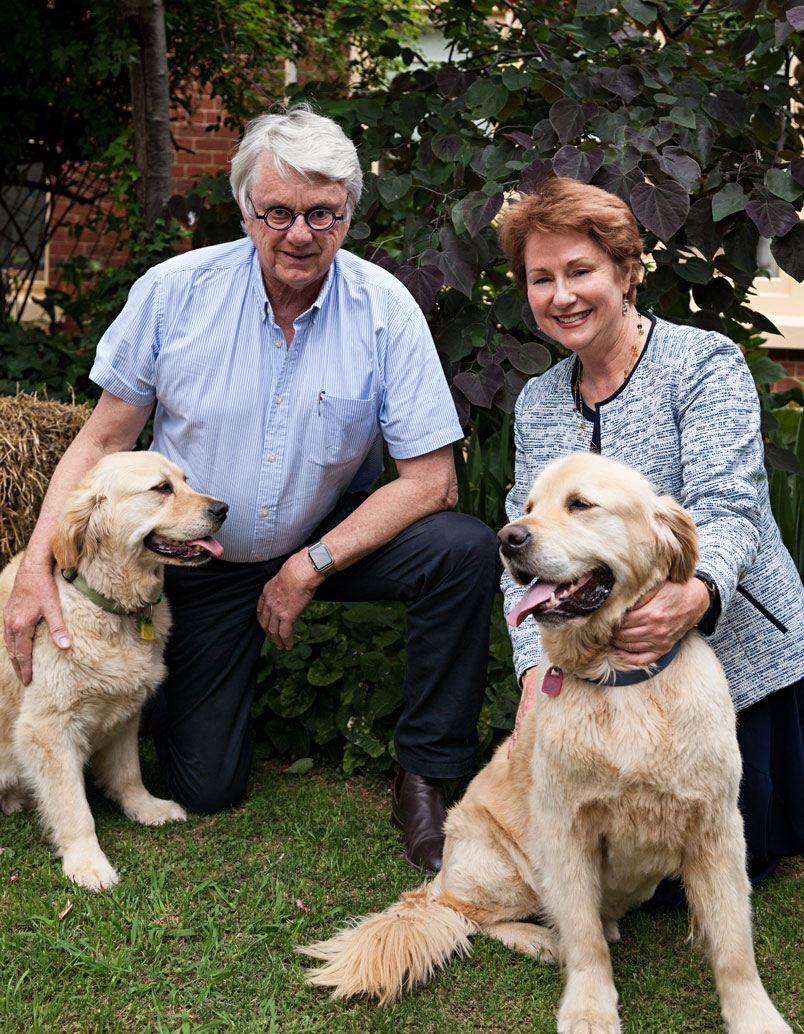 Suzanna Sheed is the Independent State Member of Parliament for the Shepparton District – first elected after a short but successful grass roots campaign in 2014, and re-elected for a second term, with an increased majority of the vote, in 2018.

Suzanna was raised on a farm at Jerilderie in NSW, one of five siblings, and attended boarding school in Melbourne before going on to study law at the University of Melbourne.

She has practised law for nearly 30 years in the town where she lives with her husband, local paediatrician Dr Peter Eastaugh, and their two beautiful Golden Retrievers, Quincey and Rosie. Between them they have six children and 14 grandchildren.

An active member of the community, Suzanna decided to run for the Victorian Parliament after becoming increasingly frustrated with the major parties and their lack of investment in the region.

The campaign slogan, Stand Up, It’s Our Turn, resonated strongly with voters and caused the upset of the election, turning the once safe National Party seat into a marginal one.

Since then, Suzanna has been working hard on her major policy platforms including securing investment in rail and road transport infrastructure, improving access to quality health and education facilities and addressing the high level of youth unemployment.

Since being elected, she has secured $356.5 million to upgrade the Shepparton train line and provide additional train and bus services, $170 million for the redevelopment of Goulburn Valley Health, $10.2 million towards a Shepparton Bypass route and $10 million for a new Shepparton Art Museum.

Suzanna has also achieved $21.5 million for the first stage of a Shepparton Education Plan to transform schooling in the region for children from birth to 18 years, and is a strong advocate on water issues such as the impact of the Murray Darling Basin Plan on northern Victorian communities.