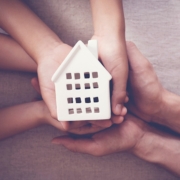 Some issues have been brought to stark prominence by the Coronavirus Pandemic. Homelessness is frequently front of mind in politics and the media – the stay-at-home measures elevated it even further. How does someone stay-at-home without a home?

I am proud to observe a lot of work has been done combatting the problem over the last few months, the Victorian government has released millions in extra funding and not-for-profit organisations such as our own BeyondHousing have been putting in the extra mile, but I am concerned what happens on the other side of this crisis.

Since last November, my office has been conducting a review into the issue of homelessness in our region and some of the findings are sobering.

We experience some of the highest instances of homelessness in regional Victoria. People on the streets, the so-called “rough-sleepers” form only a small component, around seven per cent according to the data. There are also the “hidden homelessness,” hundreds of individuals and families who live daily with high levels of housing insecurity. These people are forced to couch surf and rely on the good-will of friends and family and they grapple daily with the worry of where they will sleep the following night.

Our investigations have revealed we have a lot of great organisations in our region working hard to help those experiencing homelessness across the not-for-profit sector, but there are also noticeable problems.

Right now, we have more than twenty government social housing properties sitting vacant. Some of them have been vacant for years. I have asked the Minister for Housing to look into this. On Monday, the minister announced half-a-billion dollars to renovate and revitalise government owned social housing stock and it is only appropriate part of this spend occurs here.

We have made significant gains over the last five years across health, education and infrastructure investment and I am committed to adding reducing homelessness to that list.

“It’s still sinking in and I would like to thank the Premier and Minister for keeping their word and funding this fantastic new campus,” Ms Sheed said.

“Both have visited our region numerous times, and both have sat down with parents, carers, students and teachers. By delivering this $119 million – around $20 million more than originally flagged I might add – together with $21.5 million in last year’s budget, they have demonstrated they understand the needs of our community, the need to super-charge state secondary education in our region to create better pathways and equality of outcomes for some of the most needy students in Victoria.”

“This plan is a very deliberate and methodical overhaul of state education in my electorate which targets every level of development, from early childhood through to Year 12 and beyond,” Ms Sheed said.

“We all know why we needed this transformation. For decades, outcomes were not good enough and our state students were neglected for far too long.

“This is a great time for the region and I sincerely thank everyone involved for their persistent advocacy and support.”

Independent Member for the Shepparton District Suzanna Sheed has called on both the Victorian State and Federal Governments to support regional university campuses impacted by the Coronavirus Pandemic.

“In discussions with university leadership, I have been staggered to learn how dire the financial position of these vital institutions has become due to the current crisis,” Ms Sheed said.

“They have reportedly lost hundreds of millions of dollars from their annual budgets and are facing critical funding decisions. We cannot allow this situation to damage the extremely important task of training and educating high-skilled workers in regions such as my electorate.”

Many years of careful planning and work to provide first-class tertiary education pathways in Victoria’s regions is being placed at risk, according to Ms Sheed.

“We’ve long known we have difficulty retaining professionals in the regions and we also know one of the best ways to attract and keep professionals, such as health workers, paramedics, social workers, doctors, nurses and teachers, is to train them here. They come from our community or become part of the community and they stay,” Ms Sheed said.

“La Trobe University and the University of Melbourne both offer education and training in Shepparton and both have created a fantastic program where young people in my electorate can study medicine locally and receive their full qualifications, going on to work at GV Health if they wish. We know this system is working. I would be devastated to see such a program and others like it put at risk by this sudden funding crisis.”

Universities are not eligible for the Federal Government’s Jobkeeper program. Without Jobkeeper one university alone with links to the Shepparton region will face the loss of 600 to 800 jobs or up to a quarter of all staff across its entire organisation, according to information supplied to Ms Sheed.

“Across the entire sector, a loss of more than 20 per cent of staff will severely impact the ability of our tertiary institutions to deliver quality teaching and training in both the metropolitan and regional areas but I expect the regions will be particularly hard hit considering their smaller campus sizes and lower resistance to cuts,” Ms Sheed said.

“The Independent Federal Member for Indi Helen Haines has been demanding the Federal Government extend Jobkeeper to universities and I strongly lend my support to her position.

“I will also be investigating how the Victorian State Government can get behind regional campuses. We cannot allow the Coronavirus Pandemic to destroy the ability of regional Victorians to train for high-skilled positions in their own communities allowing them to go on to contribute to the social and economic health of those communities. It is very clear that in the years ahead we will need a highly educated and skilled workforce to deal with the human and economic fallout of this pandemic.” 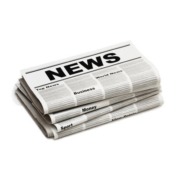 Before the drought, before the bushfires, before Coronavirus – regional media was in trouble.

Following decades of contraction, newsroom closures are now occurring at an accelerated rate. In June last year, WIN News shut its bureaus in Orange, Wagga Wagga, Albury and Bundaberg. At the start of March, it was announced the Australian Associated Press will soon cease with the loss of 180 jobs. More recently we lost a number of small Victorian regional newspapers and News Corp announced an end to printing of 60 regional papers across the country.

These closures cannot be measured in raw dollars terms, they impact entire communities and cost us culturally, economically, even democratically.

But I am not just the occasional subject of the local news, I am also an avid consumer.  As a member of my community, I am connected to and saddened by the loss of each and every local journalist.

Regional journalists cover more than politics and courts, they cover community. They follow sports and venture into our schools and aged-care facilities, our churches and our clubs. They attend our local festivals and events, our plays and our musicals. These journalists cover our culture – explain it, curate it, disseminate and store it.

These journalists also guard against corruption.

Studies out of the UK, the US and Australia indicate where local media closes, communities suffer a commensurate rise in corruption, political disengagement and a heightened distrust in public institutions.

The author of a 2016 King’s College London study, Dr Martin Moore, observed, “We can all have our own social media account, but when local papers are depleted or in some cases simply don’t exist, people lose a communal voice. They feel angry, not listened to and more likely to believe malicious rumour.”

In the United States, the term “news desert” has been coined. A recent Harvard Business Review claimed, “the demise of local newspapers (is) linked to a rise in local corruption and an increase in polarisation, as news consumers rely more on partisan-influenced national outlets for their information.”

So, what is going wrong?

Ask any editor or advertising manager and you will receive a different answer which amounts to the same answer.  The editor will tell you the online media giants, primarily Google and Facebook, are stealing their content. The ad manager will tell you the same entities are taking the revenue.  This is particularly concerning when considering Google and Facebook do not create content, they merely collate and serve someone else’s in one form or another.

For two decades local media have been struggling with how to transform themselves onto digital platforms to varying degrees of success. Many have been extremely innovative. They have experimented with paywalls of various types, paywalls that most have cast down during the Coronavirus Crisis to give their communities free access to the latest vital information.

Online news traffic has reportedly surged by more than 100 per cent in recent months as rural and regional Australians flock to dedicated, reliable local news services. Simultaneously sources of advertising are plummeting as regional businesses stand-down or close.

The Victorian State and Federal Governments have recently made welcomed moves to assist regional media with millions of dollars in relief packages. Last week the ACCC pledged a new framework to force Google and Facebook to pay for regional news content. And yet, despite all of these important measures we are still seeing closures, our local media is still under threat.

If we wish to maintain a healthy and vibrant media now and when we emerge on the other side of this crisis regional media needs this government support, but it also needs the support of local communities. The alternative is a future without regional media which is a bleak future indeed.

As the Coronavirus Pandemic unfolds, Independent Member for Shepparton District Suzanna Sheed has been liaising closely with ministers in the Victorian Government advocating for her electorate and the wider regional community.

“These are extraordinary times due to Stage Three Measures and I would like to thank the many ministers for making themselves available on a regular basis to hear my concerns and those of my electorate,” Ms Sheed said.

“Some of our discussions have involved broad areas of advocacy, such as the need to roll out extra online digital tools with Education Minister James Merlino or the pressing issue of family violence, especially for those women experiencing homelessness, with Minister Gabrielle Williams.

“Other communications have included the Treasurer Tim Pallas and the many important projects that have had their funding announcements potentially postponed due to the delayed budget including the Shepparton-Mooroopna Bypass and Greater Shepparton Secondary College’s new campus.”

The plight of regional media during the Coronavirus Pandemic was brought to the attention of Premier Andrews in March and the subsequent $4.7 million assistance package announced in April was timely and well received, according to Ms Sheed.

“My office has also been receiving many individual representations from the community and we have been passing on those concerns to the ministry where appropriate,” Ms Sheed said.

“Last month the Goulburn Valley Aero Club voiced concerns Stage Three Restrictions may prevent necessary maintenance flights and this matter has been brought to the attention of the Premier.

“This is a challenging time and the necessary rules for keeping us all safe and helping to overcome the Coronavirus Pandemic have meant my office is busier than ever as many of my constituents raise their concerns and I would like to reassure my community that the business of government continues.

“These are very unusual circumstances and I commend the premier and cabinet for making themselves regularly available to local members to listen, to take on board any worthwhile suggestions and to respond as needed.”